Comets Carry Solar System Clues – And One is Headed Our Way!

This February, a newly-discovered comet, called C/2022 E3 ZTF, will pass by Earth from the outer reaches of the solar system. Any comet, with its magnificent icy tail, bright halo and cometary outbursts is a celestial spectacle worth seeing. But comets are more than just a pretty sight in the night sky – astronomers are interested in these rocky, space snowballs because they can help us understand our own corner of the universe.

Comets are small Solar System bodies made of different ices and dust that often hail from the faraway Oort Cloud, a region of the Solar System beyond Neptune that is filled with these icy comets and small asteroids. A gravitational nudge from another object can knock a comet into an oblong orbit that takes it inward toward the Sun — and us. As a comet nears the Sun, its ices begin to sublimate, or turn from a solid into a gas, creating the trademark long tail and a prime opportunity for scientists and stargazers alike to observe.

Our planet has a long history with comets – astronomers believe that Earth was bombarded by comets in its early days. Comets have been found to carry organic material, so some suppose they could be the key to understanding the development of life on Earth. And what does life on Earth need to thrive? Water! Comets contain water ice in their rocky bodies, and scientists think that a substantial portion of Earth’s water may have originated from cometary collisions. This means that these small-but-mighty comets could have shaped life as we know it.

These fascinating objects are essentially time capsules from the Solar System’s earliest days. Their water, dust and rocks have remained frozen for billions of years in the cold temperatures in the outer Solar System. Because their composition has been preserved, they are the closest we can get to studying the conditions that were present when the solar system formed. The formation of our home system is still a bit of a mystery to space scientists, so when a comet becomes active as it nears the Sun, they need all the data they can get! 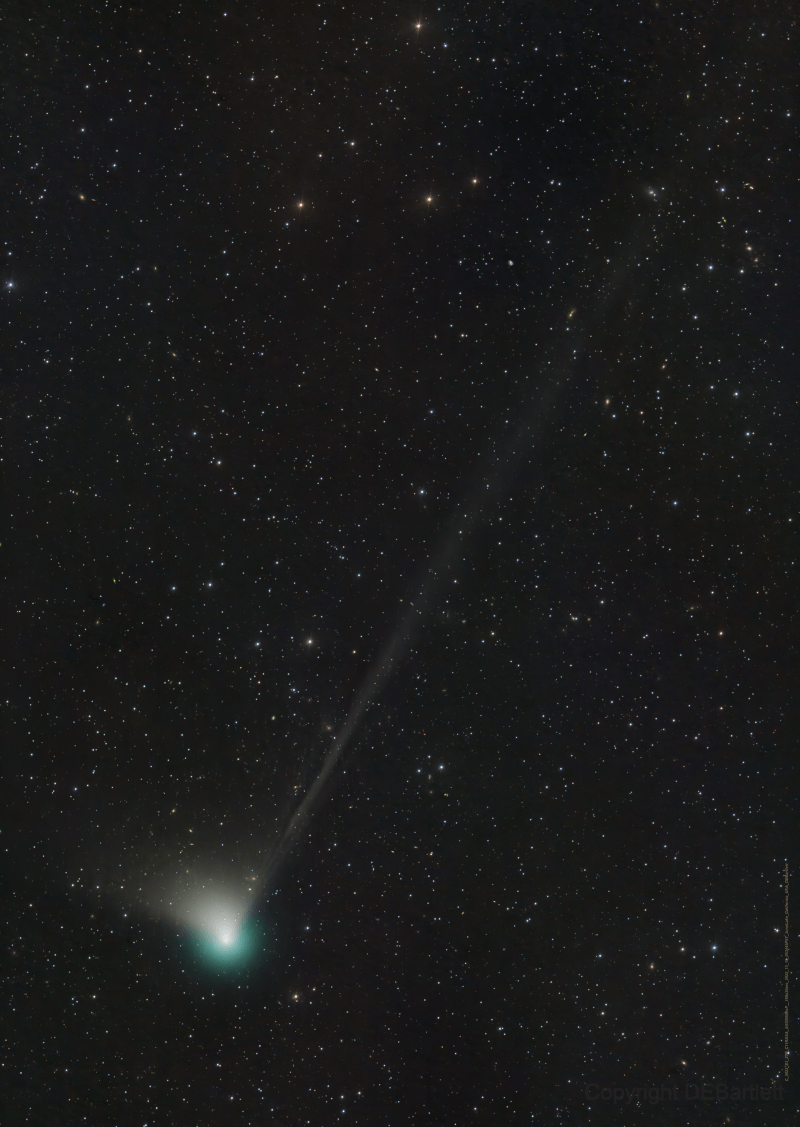 Citizen astronomers have a special opportunity to help astronomers gather that data by observing Comet E3. This comet was just discovered in March of 2022, when it was still hundreds of millions of miles away. Since then, it’s been traveling closer to Earth and getting progressively warmer as it nears the Sun. The comet will pass closest to our star on January 12 and then will make its nearest approach to Earth on February 1, when it will be about 42 million kilometers (26 million miles) away. This is the first, and probably the last time, that Comet E3 will come this close to our planet. 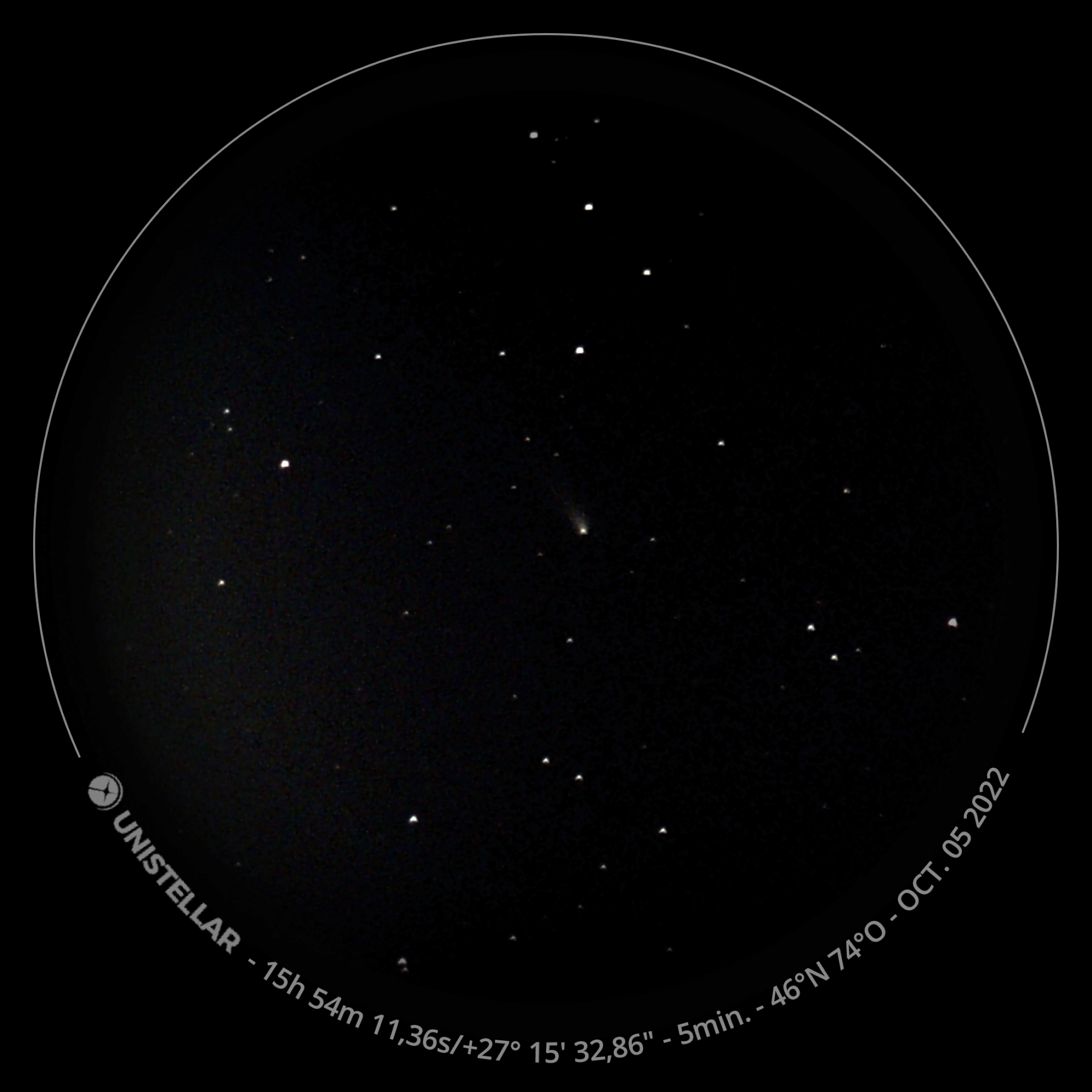 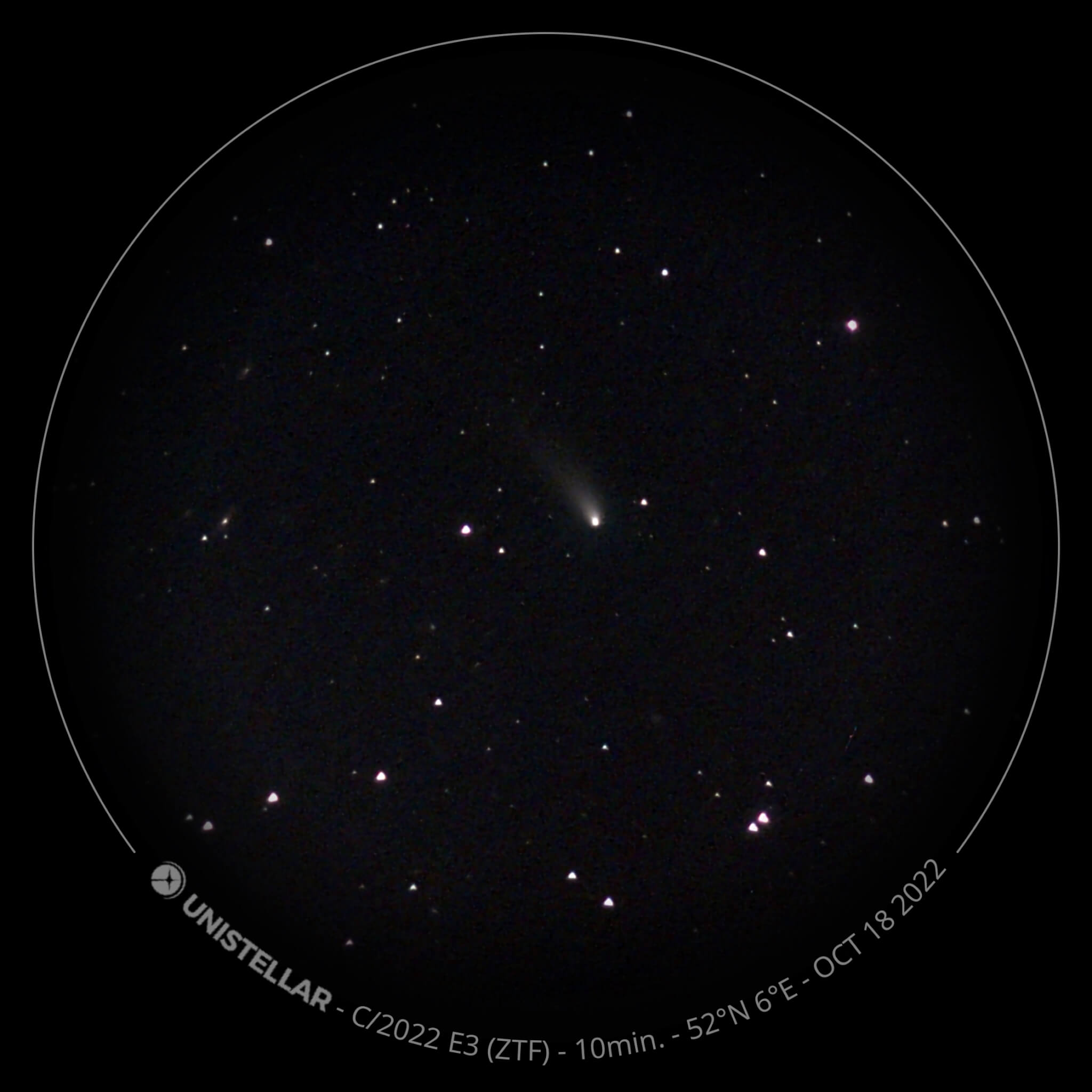 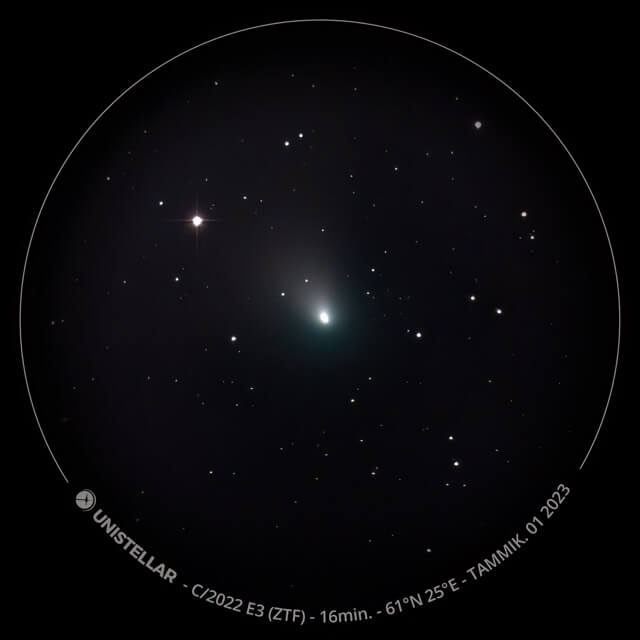 seVscope images of Comet 2022 E3 ZTF from citizen astronomers Georges S. (left) and Aad V. (middle) taken nearly two weeks apart in November 2022. These images, along with one taken by Petri K. (right) on January 1 2023, show the brightening of the comet over time as it nears the Sun. .

As Comet E3 passes by Earth, astronomers think it may get bright enough to be seen with the naked eye. Observations from Unistellar observers leading up to its February 1st flyby will help scientists find out for certain. And for a chance of seeing a special show, be sure to observe on January 12 as Comet E3 passes by the Sun – the extra heat could cause the comet to experience an outburst, or brightening, that can be a thrill to witness!

You can observe with your Unistellar telescope any time over the coming weeks to contribute your own data to the cause. Comet C/2022 E3 ZTF is registered in the Unistellar App Catalog, so it’s easy to observe. You’ll be using the Unistellar app’s science mode, which can be found under the Cometary Activity tab.

First, follow the HowTo guide for A: The comet is in the Unistellar app’s database. In the Recording field enter the following information: 3970 ms / Gain: 25 dB / Duration: 20min.

You can find more information on our Tutorial page. 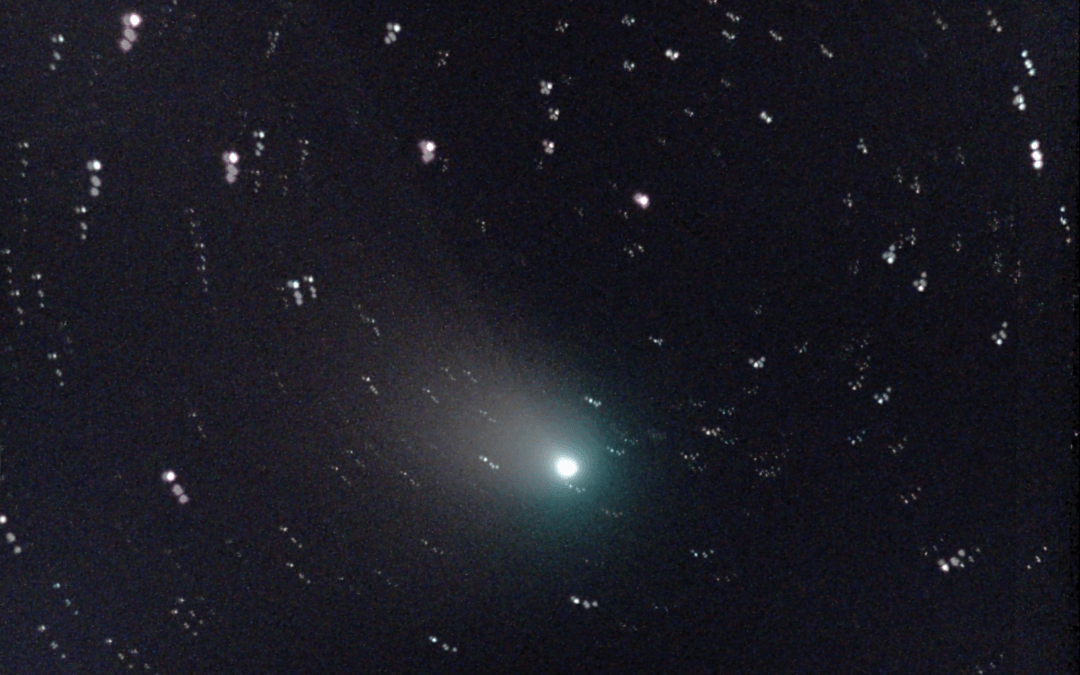 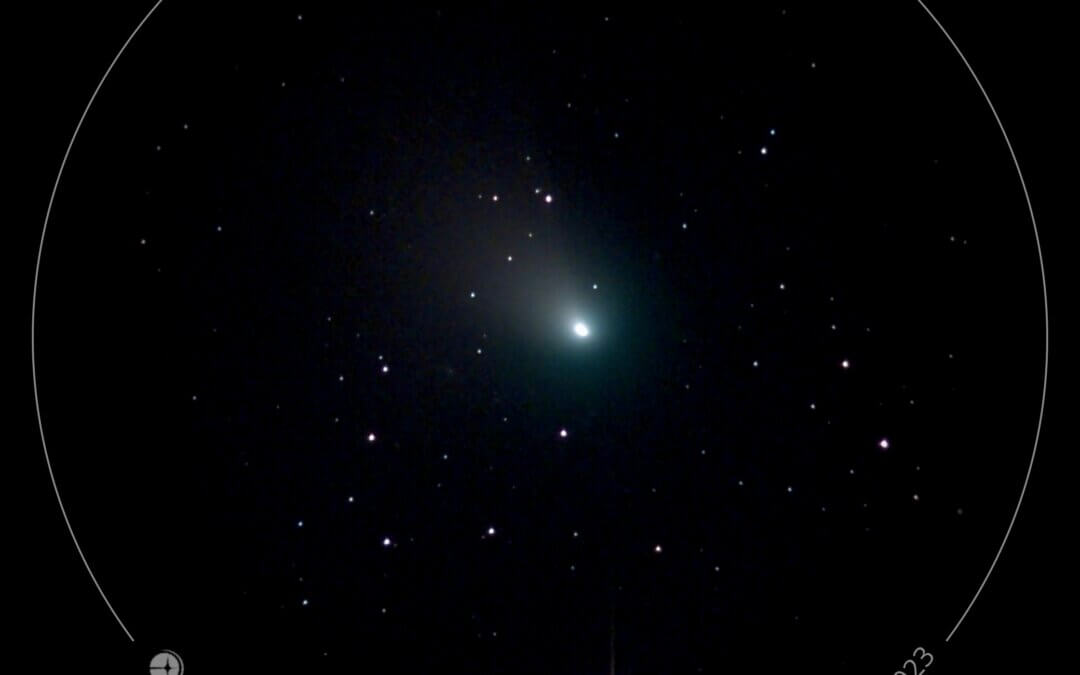 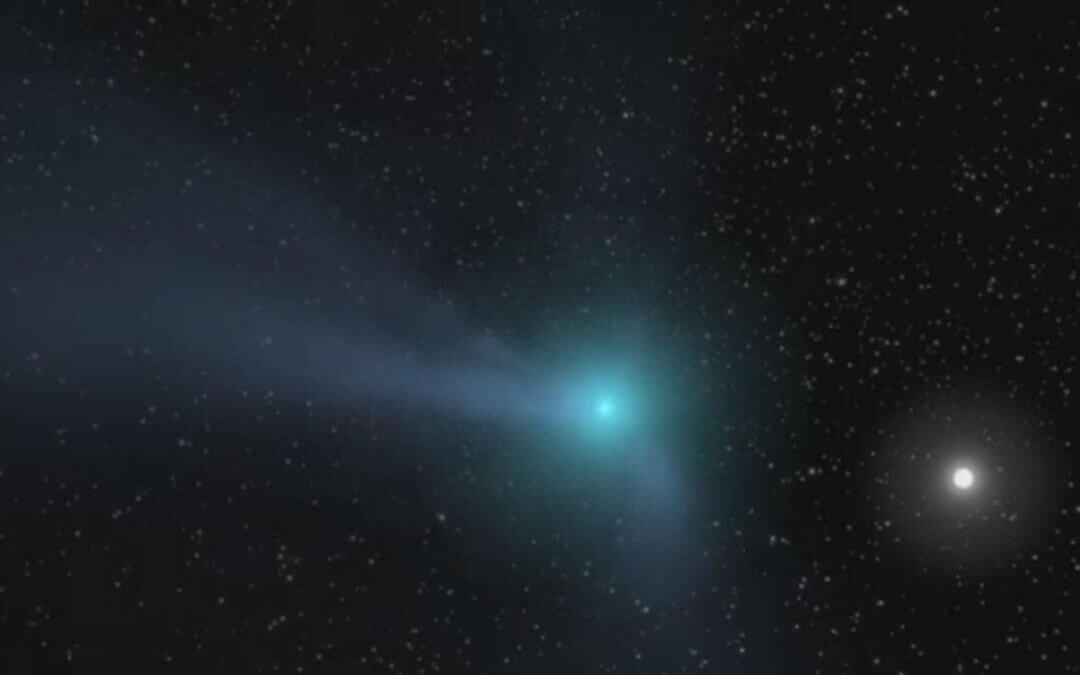 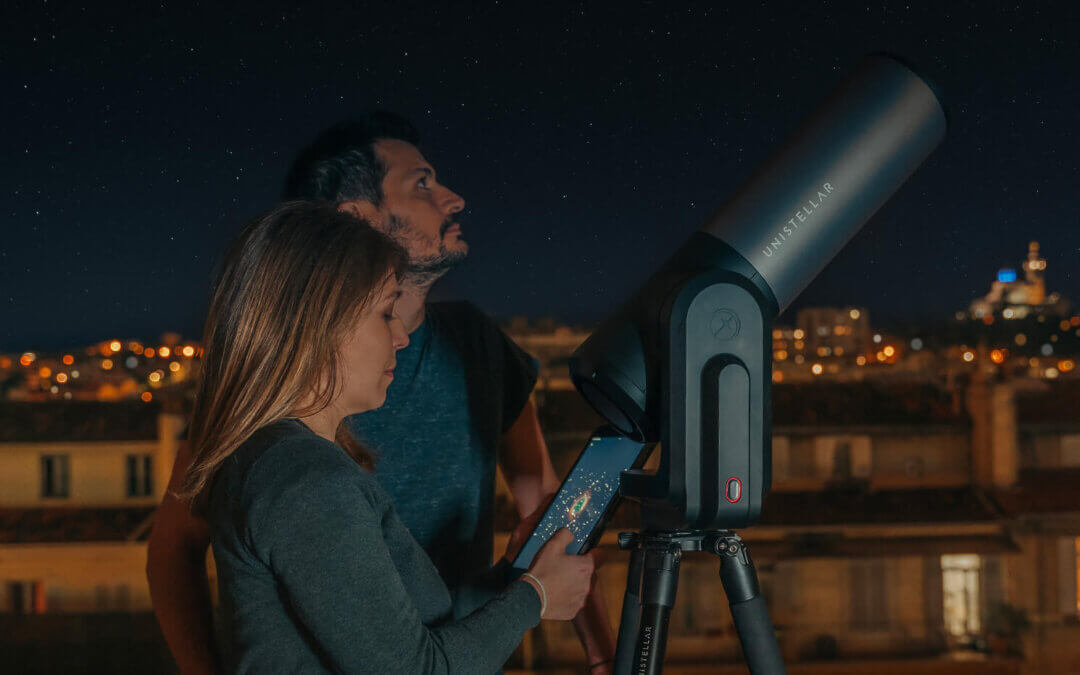 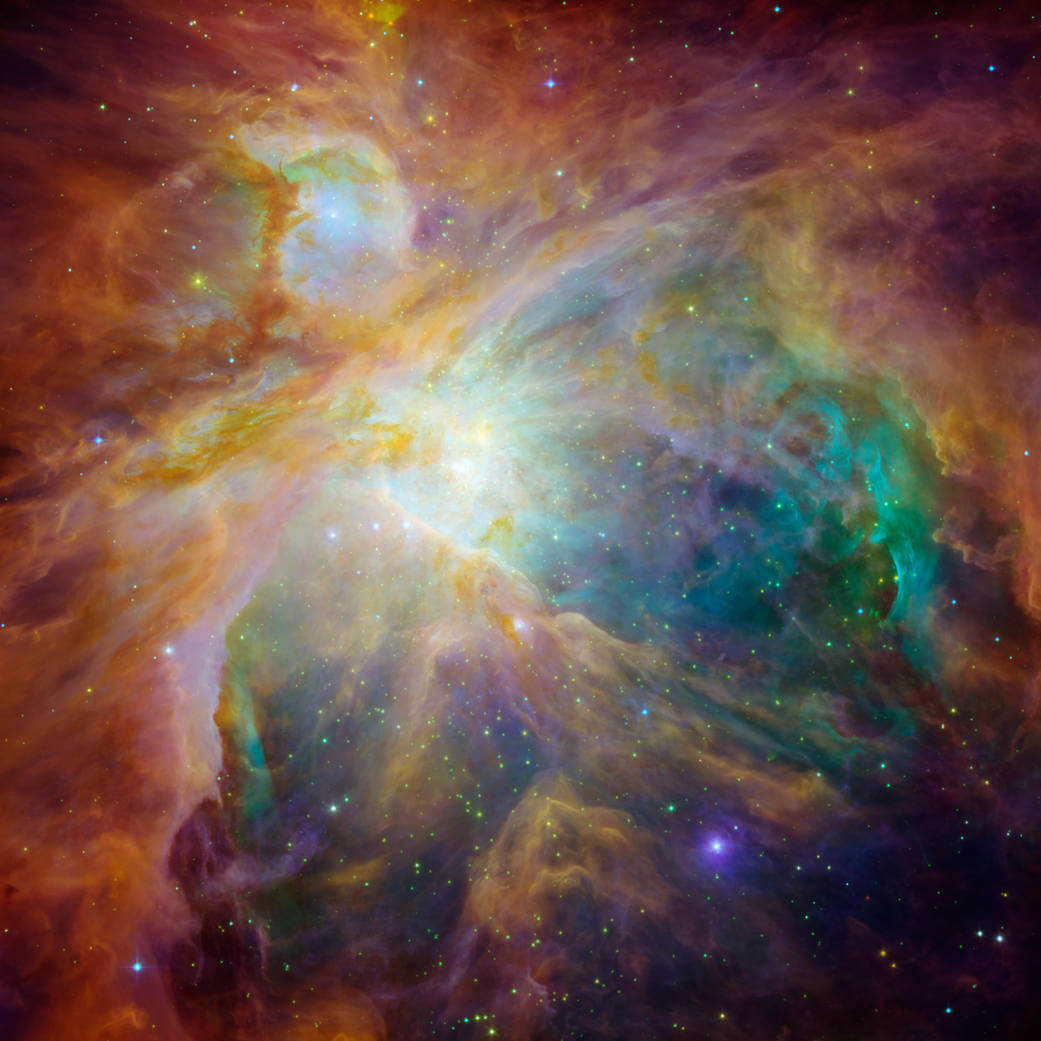