What is a Comet?

A comet is a small Solar System body made of ices and dust. When a comet gets close enough to the Sun on its orbit, ices on the surface will turn to gas. This phenomenon gives rise to the beautiful tails comets are known for.

Comets may break into multiple pieces, visit us only once every century, or even leave our Solar System. Although comets are hard to predict, Citizen Astronomers can observe their close approaches and monitor their activity to help space scientists understand cometary behavior and structure. 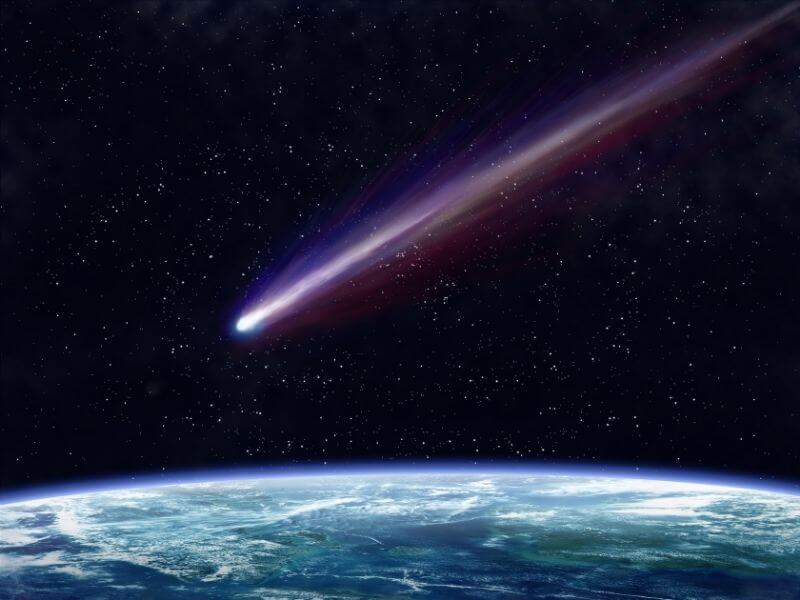 Citizen Astronomers can often see the comet’s components evolving during its journey around the Sun – the nucleus, coma, and tail. The nucleus is the frozen, rocky core of a comet, made of solid ices and dust. When a comet gets close to the Sun, that ice turns into gas, which can escape the surface of the comet and drag dust with it, sometimes in bursts. This gas and dust mixture appears as a cloud around the nucleus, called a coma. The tail of a comet, which can stretch for millions of miles, actually has two parts – the dust tail and the ion tail. The brighter tail is made of dust while the ion tail is a stream of charged particles which are expelled from the coma due to the Sun’s radiation.

Comets sometimes show off their personality by displaying colors. A comet’s coma can glow an eerie green due to compounds like cyanide interacting with solar rays. In contrast, the ion tail is typically blue due to the presence of carbon monoxide, while the dust tail is yellow or white from reflecting sunlight.

We often get a taste of cometary action here on Earth through meteor showers. As comets sail through space, they leave debris in their wake. When the Earth sweeps through this stream of debris, the leftover comet crumbs fry as they enter the atmosphere, gracing us with a meteor shower. 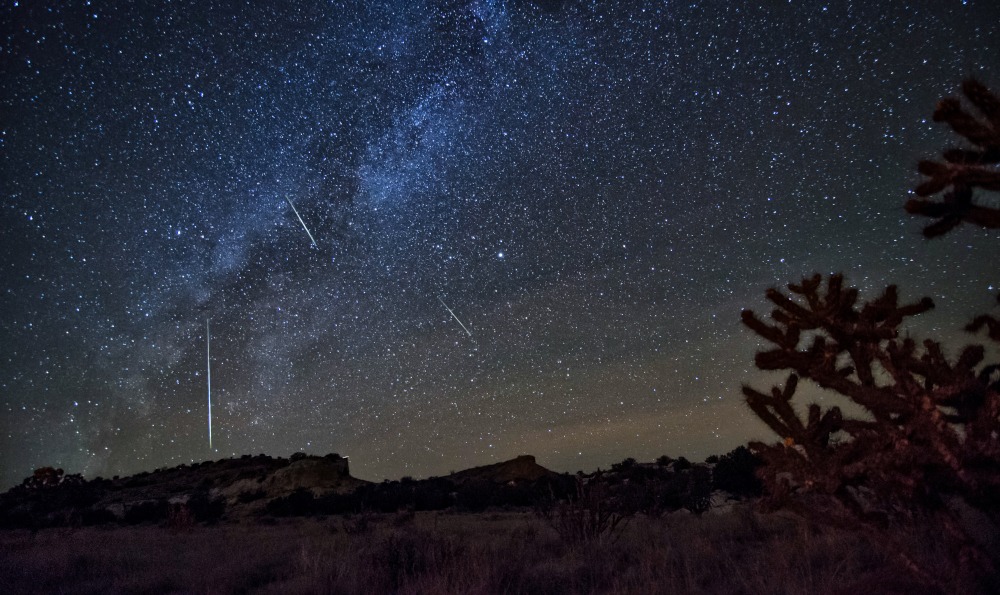 Since comets are constantly evolving, each observation of them is unique and important. By watching these icy objects, you can help space scientists track their activity and maybe even observe an outburst!

To join as a comet watcher, visit our Upcoming Missions page to see what events are visible to you. Head to the Tutorial page for guidance on how to master your Unistellar telescope and start observing. The exciting results from Citizen Astronomers’ observations of comets are posted on the Results page, so you can see what kind of discoveries you will be making!

Discover how to use your telescope as a scientific tool for Cometary Activity.

Find a mission you can contribute to.